Nokia has released a new thin slider phone that includes a signature ring-tone “Dharma”, designed by the award-winning composer Ryuichi Sakamoto. The Nokia 8801 boasts quite an eye catching design with a black keypad and metallic sliding case. The camera will also feature a built in camera of unknown megapixels.

Aside from the camera, not many more technical specifications were unveiled as most of the press release was flogged with catchy phrases such as “Zen-like goal to balance form and functionality,” and, “elegant, ‘human’ design, comprised of materials destined to age with grace,” Don’t you just love spin doctors?

The Nokia 8801 handset should be released in the third quarter of 2005 to select markets, pricing not revealed. Nokia also announced the 8800 today which is the same phone except it is the European/Asia model that should be available in the second quarter of 2005. 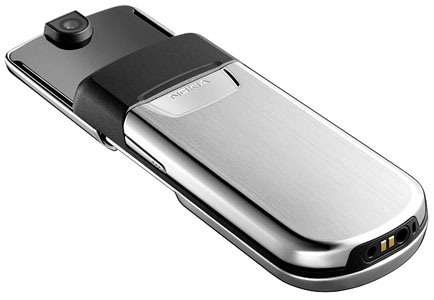