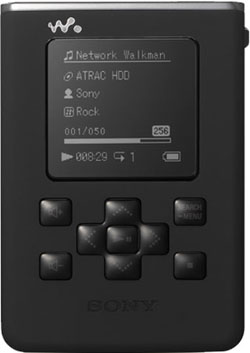 Sony just unveiled their new iPod competition hard drive based MP3 player which bears the ever-so-popular Walkman name. The Sony NW-HD5 has a pretty impressive feature list starting off with battery life, which should last you a stellar 40 hours. You can even double your battery life by carrying an extra because Sony listened to the cries from iPod users battery woes and made their battery easily removable. The NW-HD5 Walkman will include a 20 GB hard drive to store all your music and data files, all transferred over its USB 2.0 high speed port.

As for the weight and size, this ultra-compact player weighs only 125 grams- pretty impressive. Both MP3 and ATRAC (Sony’s audio coding system based on psychoacoustic principles) formats can be played, no OOG or WMA, so that leaves out the Digital Rights Management files. The display is a 7 line, 1.5-inch LCD with various backlit colors.

Another neat feature is Sony’s G-sensor technology that will protect the internal HDD even if it falls from a height of 1 m.

The NW-HD5 will be available in four different colors; black, red and silver. It should hit shelves in the UK next month for around £200. No word yet on a north American release, but I’d expect it sooner than later. 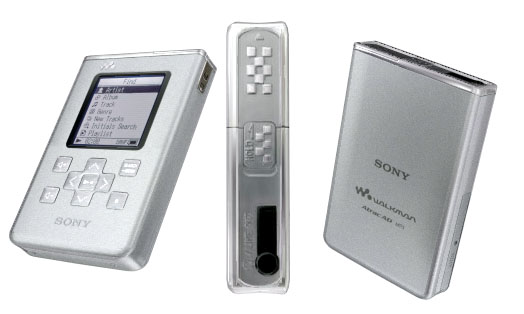