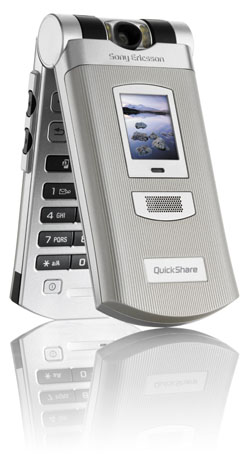 Sony Ericsson today announced three new phones, the D750i, K508i, and the Z800i. Both the D750i and K508i will be exclusive to T-Mobile’s European markets.

The D750i will be the high end phone of the three, featuring a 2 megapixel camera, MP3 player, FM radio, even a language translator. To store all your goodies, 38MB of internal memory and an included 64MB Memory Stick PRO Duo should do you fine, but if you want more you could always grab Sony’s Memory Stick PRO Duo 2GB.

The third phone, which is available to everyone, is a 3G UTMS clamshell designed Z800i phone. Announced previously at 3GSM congress, the phone features a 1.3 megapixel camera with Motion-Eye, 2.2 inch 262,144 colors TFT display, and multiple connection mediums including Bluetooth, USB, and infrared.

Each camera should start shipping sometime during Q2 of 2005. The K508i is already shipping in some markets.