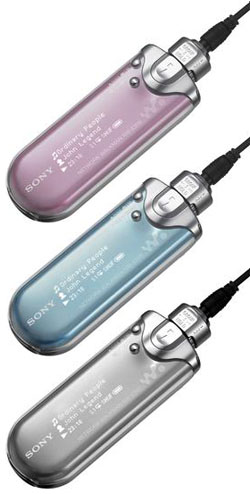 Sony is showing off seven new flash media players under their Network Walkman line, they pack a huge 70 hours of playback time and support MP3, WMA, and WMV formats. The models are split up into three different series; 100, 400, and, 500 series and of course are compatible with the Sony Connect online music store.

The 100 Series is your basic MP3 player that fits anywhere, its tiny round design weighs less than an ounce. This lineup features up to 70 hours of continuous playback time on only one AAA battery, backlit LCD, and capacities up to 1GB. This line is the direct competition to Apple’s iPod Shuffle.

The 400 and 500 Series feature three-line EL (organic electroluminescence) displays with a time/calendar function that lets you display the date and time as a screensaver, also a stopwatch for the sporty types. Both series will support up to 50 hours of playback on a rechargeable built in battery. Another interesting feature to note is a quick charge function which will give you three hours of playback when you plug your player to your PC’s USB slot for a measly three minutes.

The 500 Series models are the only players to include an FM tuner, and retail for a much higher price in a blatant cash grab attempt (ok maybe because of extra features).

Each of the models pack all the options but are sorted by color and size: 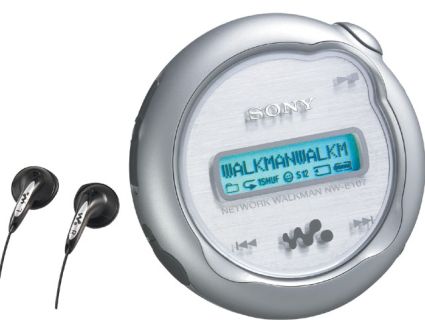