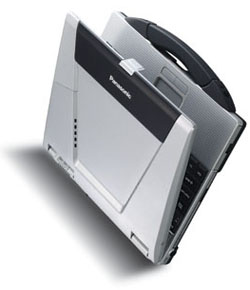 Panasonic has introduced the first rugged notebook -appropriately named Toughbook- based on Intel’s new Sonoma mobile platform. MobileMag loves rugged gadgets, especially putting them to the test to see if they keep on ticking. If you visit Panasonic’s Toughbook website, they drop it, shock it, throw it, vibrate it, and spill stuff on it. Boy are we envious!

The guts of the Toughbook CF-73 are housed in a rugged magnesium-alloy case and contain shock-and-vibration resistant hard drive. As for the display, it will feature a shock-and-intrusion hardened 13.3-inch daylight readable, anti-reflective, transmissive touchscreen at 1024×768 resolution. 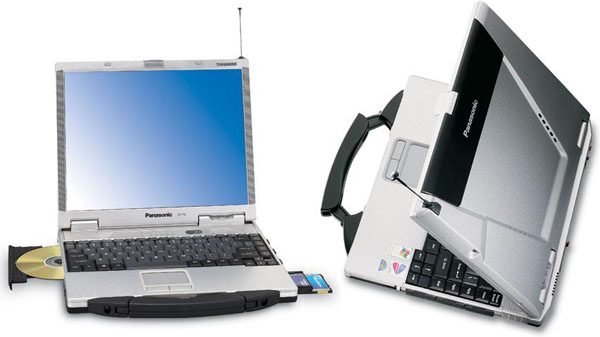