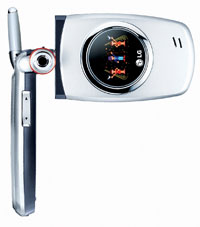 LG said today that they will launch a 5 megapixel phone in April of 2005. They also bashed Samsung who released the first 5 megapixel phone (SCH-S250), saying that it is functionally limited which is a direct result of a hasty launch; for instance, the lack of auto focus. LG says their phone will be feature rich creating more value for consumers.

Last year in November we talked about how LG plans to release 6 and 7 megapixel phones. LG says that the market is right for the 5 megapixel camera phone, hence the upcoming model. They added that by the end of this year we should expect the 6 and 7 megapixel models to hit the market. The cameras will feature a sensor made by a Japanese company.