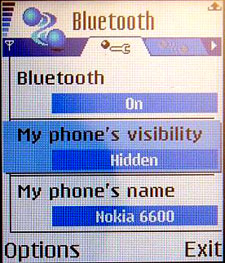 The well known Cabir worm has now escalated to a global threat reaching 13 countries by infecting Symbian handsets via their Bluetooth connections, the worm spreads to unsuspecting users and drains their battery while searching for more victims. Reports came in that the Caribe.sis has now been received by Americans and could be spread to other Countries near by.

Bluetooth only has a range of about 20 meters, but in the last 7 months it has managed to travel and infect 1.5 billion handsets from the Philippines to Singapore, and now finally appearing in the US.

Cabir is common among travelers and can be easily prevented by setting your phone into non-discoverable (hidden) Bluetooth mode, this will protect your phone from receiving the Cabir worm from others. If you receive an email with an attachment called “Caribe.sis”, do not run it. If it is too late, contact your communications provider.