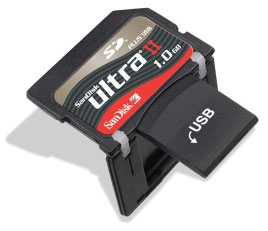 SanDisk has just officially released their innovative new Ultra II SD PLUS card. It has the capability of transforming itself into a USB flash drive simply by folding in half. Data transfers speeds are estimated at around 9 MB/Sec (megabytes per second) for writing and 10 MB/Sec for reading, an LED will blink while a transfer is in progress. 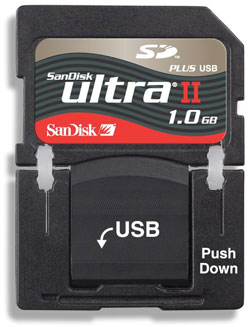