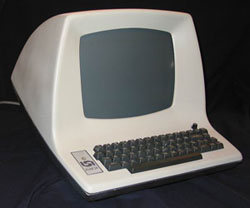 Hitachi has announced that they are going to launch a line of laptop computers that lack a hard drive. Why you ask? Well, to reduce the amount of data theft and leaking of crucial business information. The laptops will act as dumb terminals that connect to servers or PCs at the company’s headquarters instead of storing the data locally.

Hitachi plans to sell the units for around $2,500 each and should see ship dates as early as April. Hitachi is taking their design in-house to solve their own problems; they plan on introducing 10,000 units within their company by April.

If I was a Hitachi sales rep, I would be chat ‘in it up with the Federal Bureau of Investigation (FBI) informing them of their new data theft proof laptops. A few years back a FBI report claimed that the Bureau had hundreds of laptops go ‘missing’ over the course of 11 years. Lets also not forget the British Ministry of Defense who had reported over 500 laptops go missing!