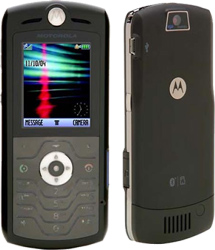 Motorola today announced three new handsets at the Cannes 3GSM World Congress. The PEBL, SLVR, and Black RAZR. The Black version of the RAZR phone has been floating around for a while, but this is the official announcement for the phone.

The SLVR V8 handset is a Razor-thin Tri-Band GSM candy bar style phone that weighs in at 85 grams. Features include, Bluetooth, MP3 player, VGA camera, EDGE high-speed data and a hands free speaker phone. As for the display, a 176 x 220 pixel TFT display (262K colors). A built in Trans Flash media slot will enable you to store your pictures and MP3’s.

Other SLVR V8 features to note:

As for the other handset announced today, the PEBL, is a clamshell design Tri-Band GSM phone with a sleek body, hence the name PEBL (pebble). As for the technical features, Bluetooth, 5MB memory, and VGA camera. As with traditional clamshell designs the PEBL will feature two displays one on the inside (176×220 262k color screen), and one on the clamshell’s outer hood (96×32 CLI).

Motorola says they expect that the SLVR line will expand to include more handsets. 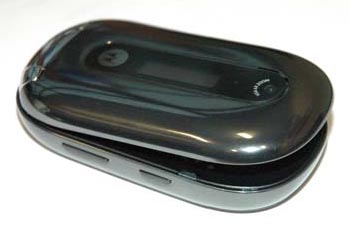