Earthlink and SK Telecom have joined forces today to create a wireless voice and data service provider in the US called SK-Earthlink. The company will have expertise from Earthlink, one of the leading internet service providers in the US and SK Telecom, a leading Korean based mobile communications company that holds 50 percent of South Korea’s wireless market. With this 50/50 team-up, we could see some very fresh and innovative handsets hitting the US market.

Mainly focusing on streaming video, interactive games, wireless voice and data, SK-Earthlink should make an impression and feed the demand for mobile data services in the US and hopefully hit their estimates of 3.0 million net subscribers and revenues of approximately $2.0 billion by 2009. 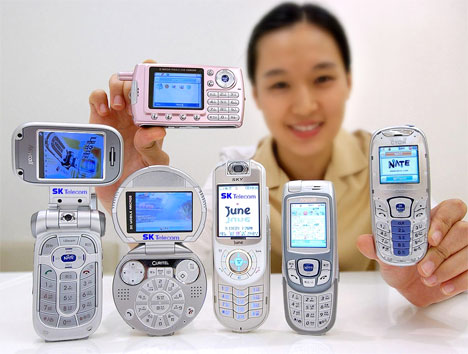 The new entity, to be called SK-EarthLink (www.SK-EarthLink.com) and capitalized with $440 million of partner investments over the next three years, will be a non-facilities-based nationwide mobile virtual network operator (“MVNO”). SK-EarthLink will combine the competitive advantages of its parent companies to deliver, for the first time, an innovative suite of wireless services and applications that meet the information, entertainment and communications needs of U.S. consumers.

The joint venture marks SK Telecom’s first ever strategic partnership to enter the U.S. market to grow its worldwide subscriber base. SK Telecom is one of the world’s most advanced wireless carriers, with more than 18 million customers and over 50 percent of the mobile services market in South Korea. The Seoul-based company offers state of the art wireless voice and data offerings including interactive gaming, video streaming and location-based services.

EarthLink has more than five million subscribers and has been a leader in delivering award-winning Internet services for 10 years. Most notably, EarthLink is the first major ISP to offer a permission-based spam fighting feature and other innovative tools that block pop-up ads, spyware and phisher sites. EarthLink was also the first major ISP to become an MVNO, beginning with a wireless data service in 2000, and then launching a wireless data/voice solution in 2004.

“This partnership reflects 30 years of combined experience that EarthLink and SK Telecom have gained anticipating and delivering innovative Internet applications and wireless services,” said Garry Betty, EarthLink president and chief executive officer. “SK-EarthLink has the potential to reshape the mobile communications market by meeting the growing demand of U.S. consumers who are currently underserved by existing voice-oriented wireless operators.”

“SK Telecom is committed to shaping the information and telecommunications world of the 21st century. This joint venture is a continuation of SK Telecom’s commitment to provide the most innovative world-class mobile communications technology,” said Shin Bae Kim, president and chief executive officer of SK Telecom.

“The wireless and Internet worlds are colliding, and neither will be the same again,” said EarthLink founder and director Sky Dayton who will serve as chief executive officer of the SK-EarthLink joint venture. “In South Korea, kids on the street are using their mobile phones to listen to music, watch TV, video conference, locate their friends and access the Internet – as well as make voice calls – as opposed to the U.S. where the mobile experience is primarily about talking on the phone. Americans are living in the past. Utilizing emerging 3G networks and harnessing the explosive growth of Wi-Fi, SK-EarthLink will take the wireless experience in the U.S. to a new level.”

By combining resources and personnel, SK-EarthLink is well-positioned to compete in the rapidly growing wireless voice and data market.

Subject to customary conditions, the closing under the definitive agreement is expected in March 2005. In the coming months, SK-EarthLink will announce details concerning its 2005 timetable for product launches.

Please refer to the form 8-K EarthLink will be filing with the Securities and Exchange Commission for additional information regarding EarthLink’s investment in SK-EarthLink.