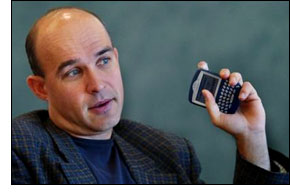 The Canadian government has stepped up and decided to help the Canadian company RIM in a lawsuit battle over their revolutionary BlackBerry wireless e-mail device. RIM is ready to take the dispute all the way to the supreme court of America and has no intentions of settling out of court.

The dispute began back in 2002 with NTP Inc., a Virginia based company claiming that RIM infringed on 16 of its patents, including its radio communications technology. However RIM denies any patent violations and says their key technology is homegrown, their original claim is that e-mails pass through their Waterloo Ontario based data center, therefore NTP’s claim of RIM infringing on their US patents has no jurisdiction in Canada.

The Canadian government seems particularly upset and involved in this matter simply because it seems as though the United States is asserting their patent laws to cover activities in Canada, what is to stop Canadians then from doing the same in the United States?