The Motorola V635 has now been officially announced today at CES. The phone is the new version of the V620. With the announcement came more pictures! We all love our full sized gadget pictures.

As reported late December, the phone will come with the following features; changeable face plates, LED flash, color external display, and EDGE high-speed data. All the features that the V620 had will be present in the V635. Also featured, a Transflash memory slot allowing you to download pictures like a USB flash drive.

The phone should be available 1st quarter 2005. Pricing is not yet known. 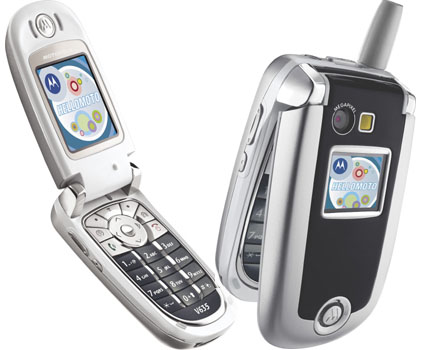