Since the Archos PMP came out a few years ago we have seen tons more media players pop up on the market. Now, Taiwanese motherboard maker, FIC, has their own 20GB device called “Vassili”. Vassili is based on AMD’s new mobile video processor called the Alchemy Au1200 which is designed specifically for PMPs. The device will have a 3.6″ color screen, a built in speaker, and a flash case. Also, on the technical side, It will use USB2.0, 10/100 Ethernet, svideo and RCA connectors.

Vassili will run Linux for their user interface. As for supported codecs, the player will be able to run MPEG4, MP3, WMA, WAV, ASF, AVI, and JPEG. 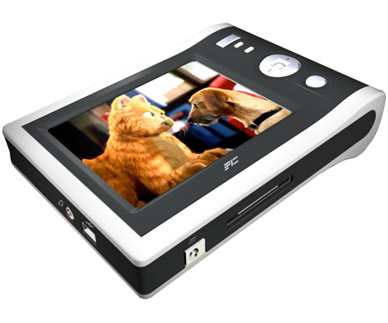