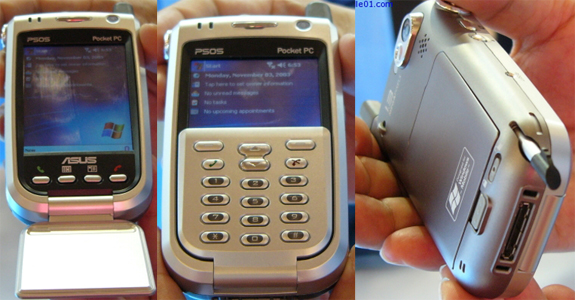 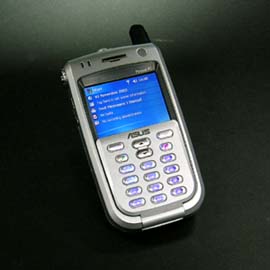 The Asus P505 has been floating around for a while now. It was first spotted at Computex Taipei 2004, but shortly after was delayed until first quarter of 2005. Well, the FCC has finally approved it! I can’t wait for it to hit the shelves in North America. The P505 has all the features of a pocket PC, as well as a cell phone, AND a 1.3 mega pixel camera. The built-in Li-Ion battery has a 100 hours of standby or 15 hours of PDA work time and up to 4 hours of talk time. The phone closely resembles the Ericson P900.

Thanks to mobile01.com for the image.