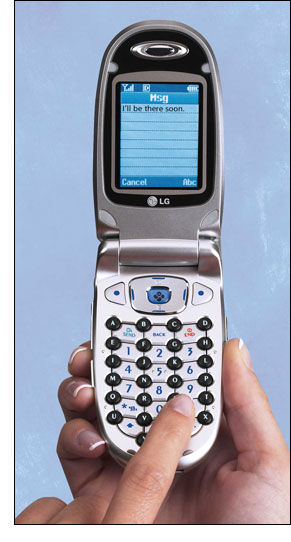 Telus Mobility will be the exclusive carrier to offer the Fastap enabled LG 6190 handset. Fastap is designed to make text messaging, email and any other type of data entry on your mobile phone easier, and much faster of course. Fastap was first introduced back in April of 2001, It has had some serious improvements since then. LG later came along and licensed the technology for use in their handset, as it stands now it is only available from Telus Mobility in Canada. Whether this will be available to other carriers in the USA or Europe is unknown at this time, Fastap looks like it will be an excellent technology for small fingered people.

“With Canadians already sending millions of text messages every day, it’s clear that consumer and business clients are hooked on the power of text. Thanks to its separate raised keys for every letter, the revolutionary Fastap keypad design makes texting faster and easier than ever,” said Robert Blumenthal, Vice President of Products and Services for TELUS Mobility. “The standard phone keypad hadn’t been improved in 50 years. With Fastap, it’s now been upgraded to allow our clients to text at warp speed.”

According to the Canadian Wireless Telecommunications Association, Canadians already send more than two million phone-to-phone text messages every day. Youth are particularly energetic texters. According to Ottawa-based market researcher The Yankee Group in Canada, teenagers average more than 50 messages a month, compared to 30 per month for young adults and 19 monthly for older adults. 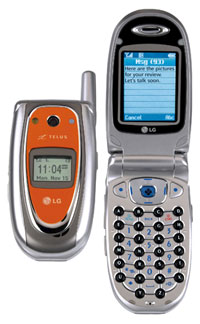 Faster texting, e-mail and data
The Fastap keypad is the first that neatly integrates letter, number and punctuation keys around the standard numeric keypad on a mobile phone. The intuitive interface allows clients to compose messages at least twice as fast as with a standard keypad, eliminating the “triple tapping” often required to input a single letter. Fastap keypad technologies, developed and owned by Digit Wireless (digitwireless.com), are available on the Fastap LG 6190 exclusively from TELUS Mobility.

Clients can quickly send text messages, add text to picture messages, and input a variety of other data into their phones, such as phonebook entries or directory searches on the wireless Web. They can also send and receive e-mail from TELUS, Hotmail and other POP3 e-mail accounts.

The Fastap LG 6190 flip phone is also a 300k pixel digital camera phone with built-in flash, 4X digital zoom and access to TELUS Mobility’s picture messaging service, It also features an integrated speakerphone and downloadable ringtones, images and games. The Fastap LG 6190 is available at an introductory price of $99.99 with a three-year contract until December 31, 2004.