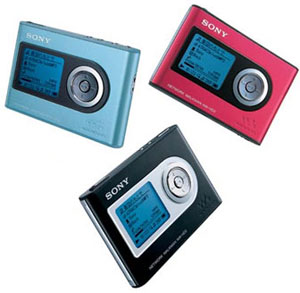 Sony will ship their first 20GB hard drive memory-based MP3 player starting December 10th. This is their third release of a NW-HD series device, the predecessors to the NW-HD3 still may be upgradeable to support the MP3 format, but whether this upgrade will be available outside of Japan is unknown. Sony’s first audio players with MP3 support were only released last month, the NW-E95 and NW-E99, also among the Network Walkman series.

The NW-HD3s will ship in silver, black, blue and red colours, the silver version though is the only one with a white backlight display. It measures 90.0 x 62.1 x 14.8mm, rated to last 30 hours on a single charge and is priced at $400 USD.