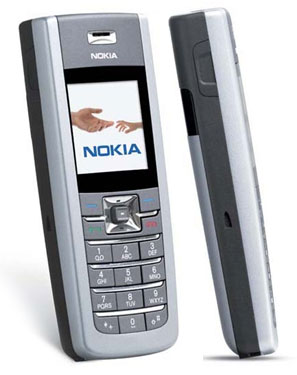 Nokia has added a couple of mid-range CDMA 2000 1X handsets to their line-up today. The Nokia 6235 and 6235i camera phones were unveiled at the 3G World Congress Exhibition in Hong Kong, they feature a 65K colour screen, VGA camera, streaming video capabilities and FM radio. They ship to North America, Latin America and Asia-Pacific for Q2 of 2005.

Continuing to expand its range of CDMA2000 1X handsets, Nokia today introduced the mid-range Nokia 6235 and Nokia 6235i camera phones for global CDMA markets at the 3G World Congress & Exhibition 2004 held in Hong Kong. The Nokia 6235 and 6235i phones are designed to appeal to a wide range of users with a slim form factor, classic chrome accents and a number of highly desirable features including a 65,536 color screen, VGA camera, streaming video capability and an integrated FM radio. The Nokia 6235 and Nokia 6235i phones are expected to be available in North America, Latin America and Asia-Pacific markets beginning in the second quarter of 2005.

While they are mid-range products, the Nokia 6235 and Nokia 6235i phones offer a decidedly high-end feature set. The VGA camera and video recorder allow owners to easily capture and share compelling moments, and an extra-large 10MB of dynamic memory provides plenty of room for them to be stored. A built-in speakerphone and voice recorder add a high level of convenience, while high-fidelity MP3 ring tones and streaming video capability add a high level of entertainment. For increased productivity, the Nokia 6235 and 6235i can be easily connected to a PC for mobile data connectivity or synchronized using Nokia PC Suite and the built-in infrared port or an optional USB cable.

“The Nokia 6235 and Nokia 6235i phones exemplify how good design and a thoughtful feature set can result in a product that can meet consumers needs in markets around the world,” said Timo Ihamuotila, senior vice president of Nokia’s CDMA business. “These new products help us to further fill out our line of CDMA phones, which range from entry level products that have proven popular in new emerging markets to high-end products like our folding Nokia 6255 phone.”