Sony Europe has launched two tiny 512MB and 1GB MP3 players, the NW-E95 and NW-E99 Network Walkman. Both play MP3 (Sony has officially bit the mp3 bullet) and ATRAC3plus compressed files and have a small blue backlit LCD screen. Since they are flash memory based devices, you will get an impressive 70 hours battery life out of these babies.

They will be available near the end of October for a costly $200 and $300 respectively. 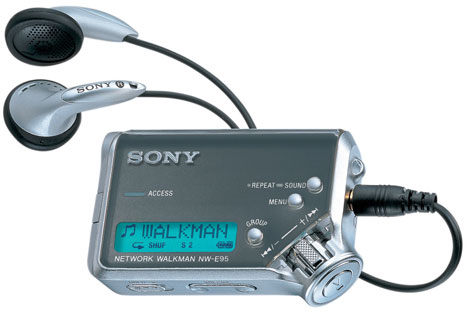