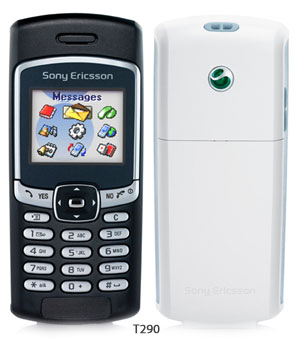 Sony Ericsson has announced two new entry-level mobile phones, the J200, expected to launch in China and Asia Pacific by Q4 of 2004, and the T290, expecting release in the same markets by January 2005. Both mobiles will then be available globally by Q1 of 2005.

The J200 has a simple 4K colour screen at 128 x 128 pixels, it’s slim design features joystick style navigation with SMS text messaging and predictive text input. The phone has standard applications, a phone book with 200 entry maximum, calendar, alarm clock, 40 polyphonic ring tones and an additional speaker on the back for extra-loud ring-tones, if you work in a loud environment and need to hear your phone (or if you want to piss people off).

The Sony Ericsson T290 is considered the value-for-money phone, with a larger phonebook, 32 polyphonic ring tones, the same 4K colour screen and a speakerphone that allows for conference calls, as well as SMS text messaging with predictive text input.

These are by no means ground breaking phones by Sony, but everyone has to have an entry level product, and the J200 and T290 just that. Both are slim and stylish, affordable, and available in frosty white or charcoal black. 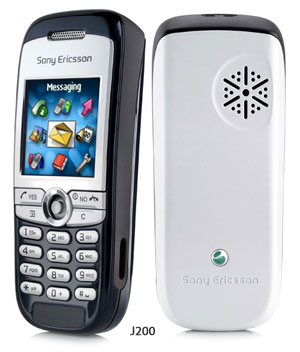