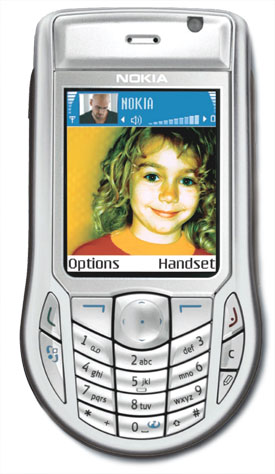 PacketVideo Corporation has announced their plans to deliver two-way videophone software to Nokia Series 60 Smartphones. The software will allow users to make live calls with direct person-to-person video imaging on their mobile handsets. Not much details were released with the announcement, however 3G networks are the major reason why mobile operators are able to make videophone conferencing across mobiles possible.

“Person-to-person communication has always been the number one use for mobile phones,” said Dr. James Brailean, Ph.D., PacketVideo CEO. “Now we’re combining the increased effectiveness and emotional impact of video communication with the utility and convenience consumers enjoy with their Nokia mobile phones. Handsets featuring PacketVideo software should provide a huge boost to 3G video telephony services for operators everywhere.”

Brailean went on to say, “Video telephony is a defining service for 3G networks. The increased traffic and revenues from videophone users is a major reason why mobile operators invested in 3G licenses and infrastructure. Our two-way solution shows that video is no longer just for entertainment. Now it’s a core part of communications.”

Company representatives are demonstrating PacketVideo’s two-way real-time video telephony on the Nokia 6630 phone, as well as the capabilities of other PacketVideo-powered handsets from the leading device OEMs at the CTIA Wireless Entertainment and IT show (www.wirelessit.com/).

PacketVideo’s 2Way software is a 324M 3GPP-compliant solution for real-time two-way voice and video conversations and video conferencing. It is based on PacketVideo’s fourth-generation multimedia platform, developed and deployed in millions of mobile handsets worldwide. Two-way video calling has been deployed in mobile networks in Japan, Korea, Italy and the United Kingdom, and is widely regarded as one of the signature services to be provided over 3G mobile networks.