Samsung Electronics has unveiled a 5-megapixel camera-phone, the SCH-S250 today. Every few months a new device comes out on the market that replaces several other devices on its own, at this rate, the ultimate portable all-in-one device may be available to us by 2006. The new Samsung phone has limited memory, considering its capture resolution. The camera-phone comes with an additional 32MB RS-MMC card, on-top of the internal 64MB of RAM, this space can be used for images and other types of data storage. Not a heck-of-a-lot of space considering you will be out after 25 high-res photographs, but it’s a start.

The 5-megapixel sensor was designed by Asahi Pentax Corporation and features a 1/1000-second shutter speed and QVGA video recording, all this can be viewed on the slide-out 16.7 million colour display. With MP3 and TV output, this is on it’s way to replacing most of your devices, but the megapixel race is hardly over, 10 megapixel camera-phones will be seen before this year is done. 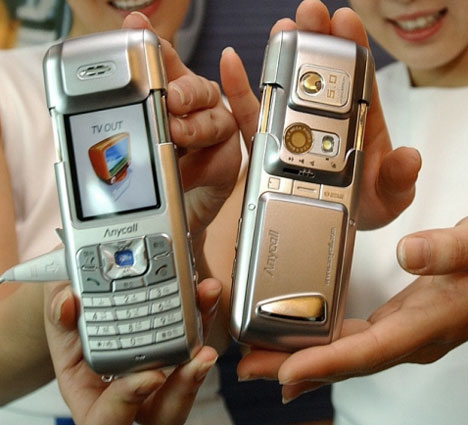