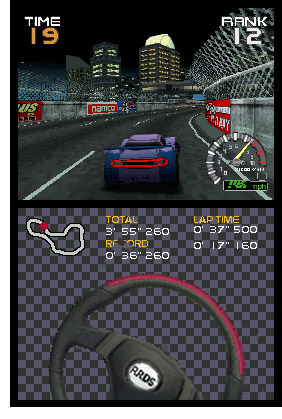 A bunch of Nintendo DS titles were announced yesterday, mainly to hype the November 21st US release of the Nintendo DS for $149.99. Aside from PictoChat, software built-in to the DS system, and Metroid Prime Hunters, a demo that ships with DS, THQ announced several titles of their own, one being a Walt Disney Pictures presentation of a Pixar Animation Studios film Cars, as well as SpongeBob SquarePants, Tak, The Incredibles and Zoo Tycoon. One game called Ping Pals, uses the two-way messaging feature in the DS system, this allows players to chat and play games with up to 16 of their friends. Each player can create their own gaming identity on the system and win Ping Points for purchasing additional items.

Square Enix is planning to bring the legendary classic Final Fantasy III to the Nintendo DS, SE also talked about Crystal Chronicles coming to DS but with a different “mechanism” than GameCube or Game Boy Advance.

One of the most impressive games coming out will be Madden NFL 2005, it will allow for 22 players on the field on one screen competing over built-in wireless. Spider-Man 2, Tiger Woods PGA Golf Tour, The Urbz: Sims in the City, Super Mario 64 DS are some of the 14 games to be available when DS first comes out. Nintendo said about 20 to 25 games will be out by first quarter of 2005, some of these include a multiplayer Mario Kart, as well as Metroid Prime Hunters, WarioWare, Inc. DS, Animal Crossing, Yoshi’s Touch & Go, Advance Wars DS and a new Super Mario Bros., among others. 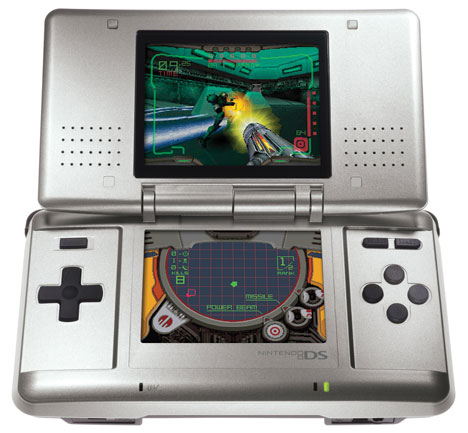 From November 21st to the end of 2004, the following titles are expected to be released:

By Q1 of 2005, the following titles are expected to be added: