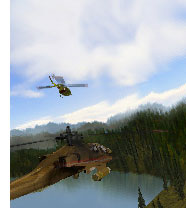 Futuremark Corporation has announced today the availability of UIQ support for SPMark04, the first ever industry-grade benchmark for Symbian OS based smartphones with Series 60 and UIQ.

SPMark04 provides a comprehensive application for measuring and comparing the performance and power consumption of the increasingly complex mobile platforms. It is a great benefit to the industry by allowing consumers, media, retailers, and operators to objectively compare handsets between each other. SPMark04 also enables handset manufacturers to reliably evaluate and compare various semiconductor implementations.

“With the addition of UIQ support for SPMark04, consumers are finally able to compare performance between a wide range of phones from diverse manufacturers, including Ericsson, Motorola, Nokia and Siemens”, said Tero Sarkkinen, Executive Vice President of Sales and Marketing for Futuremark.

The benchmark has been developed in collaboration with key industry partners, including ATI, Bitboys, Imagination Technologies (PowerVR), Intel, Khronos Group, Neomagic, and NVIDIA under Futuremark’s Benchmark Development Program for Smartphones.

– Supports handsets with Symbian 6 and 7 operating systems and Series60 or UIQ user interface;

SPMark04 is immediately available in two versions: a Business Edition ($250) and a Developer’s Edition ($6,000 + programming) at Futuremark’s secure web store at www.futuremark.com.