Keeping the Mac fans in new goodie euphoria, Apple has put out the new G5. Like the iMac of yesteryear, this is an all-in-one machine. Taking it a step further, the computer is now built right into the flat panel display itself. This version comes in 1.6 or 1.8GHz, and packs an 8X NVIDIA GeForce FX 5200 Ultra video card , built in mike, combo or Superdrive, 256MB of RAM (expandable to 2GB), 80 or 160GB hard drives and the usual whack of Apple software crammed into a pizza box about 2 inches thick. Available in either 17 or 20 inch displays, the unit goes for between $1749 and $2499. 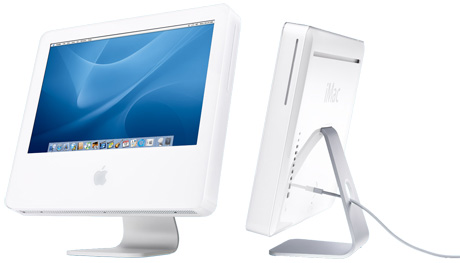