Vodafone KK announced they will release the V042SH by Sharp featuring a built-in analog tv tuner, starting July 24 in the Kanto-Koshin, Kansai, Hokuriu and Kyushu-Okinawa regions and later in July for other regions.

The V402SH features a 180-degree swivel style LCD screen that allows customers to watch tv broadcasts even while the handset is closed. TV audio-visuals are more realistic than before with the handset’s high quality 2.2″ QVGA system LCD and a front speaker. In addition, the V402SH comes with an embedded camera that can capture 1.30 effective magapixels, and photos can be taken in digital camera style by reversing the LCD screen to use it as a large viewfinder. 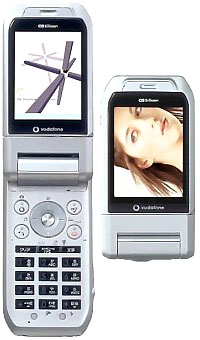 The main features of the V402SH: