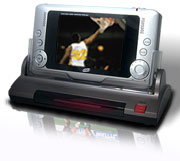 NHJ has announced the ultimate MPM-200 series of portable media players in Japan. The MPM-201 and the MPM-202 are 30GB and 60GB models capable of displaying MPEG4, DivX 4/5 on the 3.5-inch LCD or via S-Video and coaxial outputs.

With the built-in tuner you can watch Cable TV channels as well as record your TV programming directly to the device. Video can be captured with MPEG4+ IMA ADPCM (AVI) at a maximum of 65 hours in QVGA format or 16 hours at VGA Fine mode. It will also record audio to WAV (IMA ADPCM). 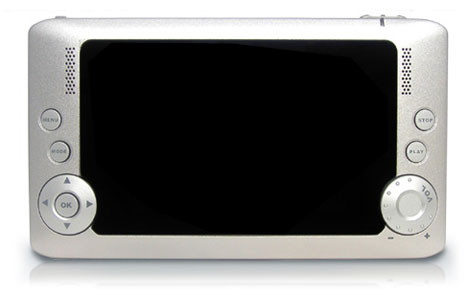