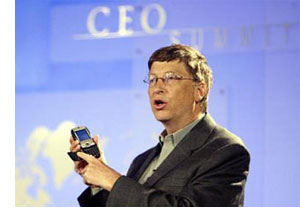 Microsoft has launched a new beta version of Windows Media Player 10. The technical beta is aimed at enthusiasts and early adopters for testing and feedback prior to its final release. Version 10 competes with RealPlayer and QuickTime player and also enters the portable media player realm.

The player will feature an Apple iTunes like store, the “Digital Media Mall” where users can download music and video from various vendors directly through their player.

With support for subscription based services as well as music streaming, this could put a damper on Real Player and WinAmp’s hold on the streaming market. Windows Media Player 10 final version is due out later this year.