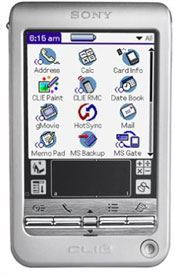 The effects of Palm OS supplier PalmSource are beginning to settle in for Sony. Today Sony is expected to announce they will stop selling Clie handhelds anywhere in the world except Japan.

After running down stocks in Europe and the US, Sony will only be releasing new models in Japan. It is also speculated they will be closing Sony France.

“This is a very bad news for us,” said a source at PalmSource France. “Sony is our second-biggest client after Palm, and was the driving force behind a number of technical innovations. The Clie range from Sony was the only Palm OS PDA available that included support for simultaneous Bluetooth and WiFi,” said the source.