Vodafone announced today the introduction of “Vodafone live! with 3G” for consumers in Europe.

Vodafone live! will be enhanced by 3G technology in a series of phases. This will bring consumers improved quality, sound, pictures and videos, as well as increased speed when downloading games and ringtones. They will also be able to access a select range of new services such as video calling, video downloads (sport, news, music and general entertainment) and the streaming of live events to their handset, as well as existing services such as video messaging.

Vodafone is the first mobile operator to bring 3G technology to both business and consumer markets across a number of European countries. For the consumer market, initially this will be on two new handsets – the Samsung Z105 shortly followed by the Sony Ericsson Z1010.

From today, Vodafone live! with 3G is available on the Samsung Z105 handset in selected retail outlets in Germany and Portugal. Other countries will follow in the coming months.

Vodafone live! with 3G will be enhanced later this year, when there will be a wider selection of handsets available, together with an even more extensive range of content.

“Extensive consumer trials of Vodafone live! with 3G indicate that early adopters are keen to try this technology and so we are giving them a taste of it prior to the full launch of enhanced services later in the year.

“Over the next year, Vodafone live! with 3G will open up a whole new world of communication and entertainment via the mobile phone. As well as texting and speaking to friends and family, consumers will be able to use their mobile phones in different ways, helping them enjoy richer communication, anywhere, any time.” 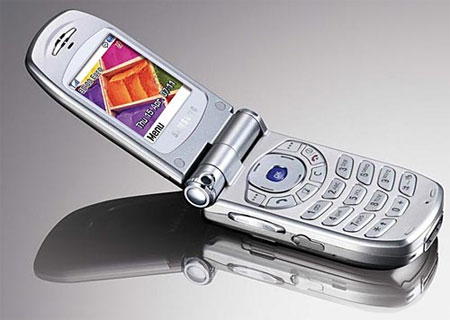