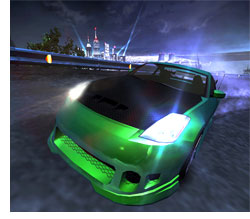 Electronic Arts has announced the fall release of Need For Speed Underground 2. The sequel NFSU2, will allow gamers to immerse themselves in the tuner culture, exploring an expansive, free-roaming city divided into five distinct neighborhoods.

The original Need for Speed Underground sold more than five million copies worldwide since its release in November 2003.

Gamers will encounter rival racers who will initiate events, tip players off to the hottest racing spots, and show them where to buy the most sought-after licensed aftermarket upgrades.

As well as Game Boy Advance, NFSU2 will be released for PlayStation2, Xbox, Nintendo GameCube and PC.