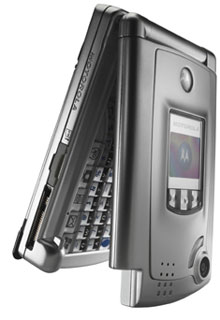 At DevCon 2004 conference, Microsoft announced the new Windows Mobile 2003 Second Edition platform, the first device to ship with the new OS will be the Motorola MPx handset sporting a full QWERTY keyboard, it is scheduled to come out this summer.

The Motorola MPx phone is a tri-band GSM/GPRS handset is designed with built-in WiFi, Bluetooth and IRDA modules and will support 1GB of expansion memory. That should be plenty of room for MP3s, spreadsheets, docs and 1.2 megapixel images.

Microsoft Windows Mobile SE will add a variety of new enhancements to devices, for one, dynamic screen switching between landscape and portrait modes giving mobile gamers and web surfers a better view. Some new platform firsts have also been added, like square screen resolution support, this will influence many manufactures to produce smaller devices. We should see many more Windows Mobile 2003 SE devices with thumb-boards and high-resolution VGA or QVGA displays as early as Q1 2005.

The Visual Studio 2005 Community Technology Preview was also announced at DevCon, this will provide developers with valuable resources. In addition the Mobile2Market contest was started to assist application promotion and distribution for Windows Mobile related software developers. 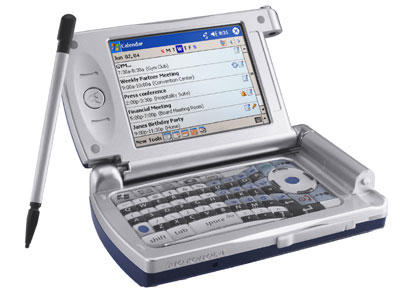