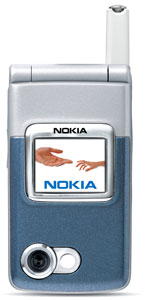 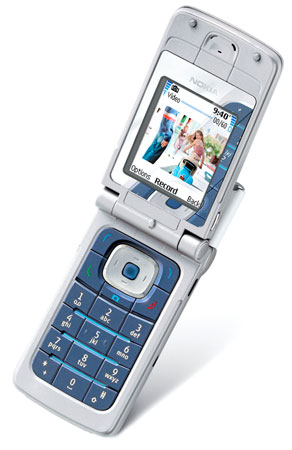 Nokia has released the Nokia 6255 handset, a clamshell flip camera phone. Nokia rarely releases clamshell style handsets. It seems they are trying close the market on individuals who still like flip phones. The 6255 resembles the Nokia 7200, their first ever clamshell phone unveiled this past October at the Nokia Mobile Internet Conference.

The phone not only captures images, but it can capture video clips then sent directly from the handset. Having expandable MMC memory up to 64MB will allow you to save larger size videos, images and MP3 files. The main screen is 128×160 pixels at 65,000 colours.

The integrated Bluetooth allows PC users to easily synchronize contact, to-do list and other information between the handset.