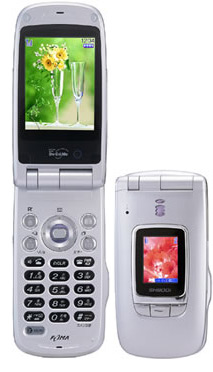 The 900i series, the most advanced series of FOMA i-mode mobile phones ever released, features a Macromedia Flash-equipped browser, HTML e-mail and avatar-capable videophone. Compared with the original series of FOMA phones, 900i models offer three times longer standby and weigh 20 percent less. The just-released 900i series is expected to fuel a sharp increase in FOMA subscribers.

The SH900i, like other 900i models, is equipped with a Macromedia Flash browser to enjoy rich content enhanced with highly fluid animation. It handles Flash applications of up to 100K (compared to 20K in 2G mova 505i series). It also is equipped for richer, more sophisticated online games than ever before. Java-based i-appli applications offer a 400K scratch pad and up to 100K for content/archiving (compared to 200K and 30K in existing FOMA models).

All 900i series handsets have high-resolution cameras ranging up to two mega-pixel and a slot for either a MemoryStick Duo or miniSD memory card (depending on the model).