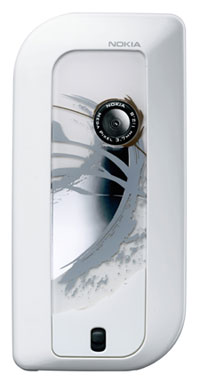 Although this is a first for Nokia, many other manufacturers have released camera phones of this quality or better. With almost 200 exhibitors at CeBIT 2004 from Asia, it will be difficult to stand out.

The Nokia 7610 lets pictures turn into prints in just a few seconds, via a Bluetooth connection to a compatible printer or by using a printer kiosk. Using the Kodak Pictures application on the phone, pictures can be uploaded to a virtual photo album on the web and shared online with others or ordered as prints via an online service. The Nokia 7610 phone offers a 65,000 colour screen for viewing still images and video captured by the integrated camera and watching real-time video streaming using the built-in RealOne mobile player. The megapixel (1152 X 864) camera features a high-quality lens, 4x digital zoom, and a self-timer. The Nokia 7610 imaging device also allows users to capture images in low-light conditions.

“Digital imaging has developed in ways that were unimaginable when digital cameras first entered the mainstream only five years ago. In 2003, the number of camera phones sold outnumbered digital cameras. We are now entering an era where camera phones will become mainstream imaging devices,” says Juha Putkiranta, Nokia’s Senior Vice President, Imaging Business Unit. “With the introduction of the Nokia 7610, Nokia’s first megapixel imaging device, capturing spontaneous print-quality images no longer requires a separate camera. Your megapixel camera is now always in your pocket, built into your phone.” 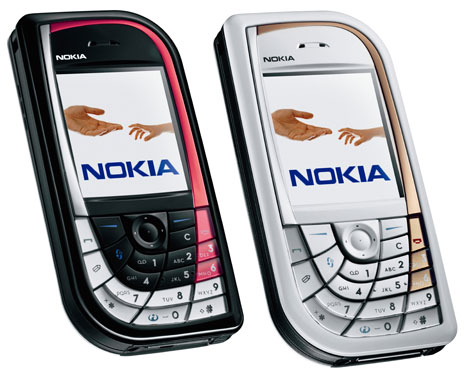 Nokia 7610 users can create short films or even music videos of up to 10 minutes by shooting and editing the footage captured with their imaging device. By using the Movie Director application, users can, for the first time, turn video clips captured with their Nokia 7610 into personal movies by adding special effects such as music, text, new colors or moving objects. The application automatically combines multiple video clips into a single video vignette or optimizes the edited videos for MMS sending.

Another innovative concept available for the Nokia 7610 is the Nokia Lifeblog application, which adds an automatic digital diary to the pockets of trendsetters. The phone application records and organizes digital content – such as images, videos or messages – creating a personal logbook or multimedia memo directly on the phone. When transferred to Nokia Lifeblog on the PC, people can browse and search their multimedia diary in an easy to use timeline or share diary items with friends or family via email. Additionally, the Adobe Photoshop Album software included in the sales package allows Nokia 7610 phone users to organize and edit digital pictures on their PC’s.

The other key features of the Nokia 7610 include rich Multimedia Messaging, email, and MP3/AAC music player, Internet browser, 72MB of expandable memory, USB, Bluetooth connectivity and support for Java technology. The small and sleek 118 gram and 93cc phone offers up to 3 hours talk-time and 250 hours of standby time. With a wide selection of applications designed for Series 60 based devices, people can customize their Nokia 7610 imaging phones with the applications they require to be most creative.