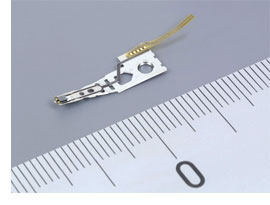 Although drives are becoming smaller, increasing HDD capacities has dropped annually from 100% to 60%. PC drives have shrunk from 3.5-inch to 2.5-inch media, and notebook PC drives have dropped from 2.5-inch to 1.8-inch media. Just in the last few years 1.0-inch drives have become wide-spread through mobile devices. As HDDs become smaller, the recording medium itself becomes smaller. This means that the physical area available for storage declines. Therefore, the development of higher recording density heads that can pack more data into a smaller area is a vital issue.