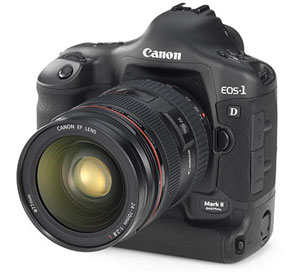 A new generation DIGIC II processor provides the processing power necessary to deliver unprecedented levels of resolution and speed. The technology combination of CMOS, DIGIC II and a new buffer system allows EOS 1D Mark II to shoot and process over 69 Megapixels of data per second (or 100 MB/sec).