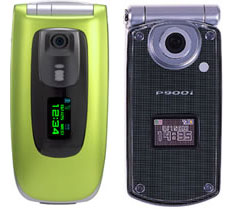 The 900i series will boast the first 3G phones equipped with a Macromedia Flash browser for the enjoyment of rich content enhanced with highly fluid animation. Flash applications of up to 100K are possible, compared with 20K in 2G mova® 505i series. The new series will also handle richer, more sophisticated online games. Java®-based i-appli™ applications offer a 400K scratch pad and have a maximum capacity of 100K for content/archiving, compared with 200K and 30K in existing models. 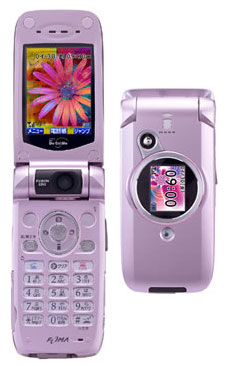 All 900i series handsets will be equipped with high-resolution mega-pixel cameras, ranging up to two mega pixels, and slots for memory cards.

Three completely new functions will be available exclusively in 900i phones:

• “Deco-mail” : HTML e-mail, which enables email messages to be decorated with photos and animation (downloaded from i-mode menu sites), as well as various backgrounds, fonts and letter colors.

• “Chara-den” : Avatar-capable videophone, for transmitting animated cartoon characters (“avatars”) to represent the sender’s face (instead of live video), during videophone calls. Character expressions can be changed in real time.

DoCoMo expects the release of the all-new 900i series to further boost FOMA’s steadily increasing subscriber base, which surpassed 1.7 million on December 11. At the same time, FOMA service area continues to expand, as well as offer enhanced service in existing areas thanks to the installation of additional small-size base stations in enclosed sites, such as buildings and subway stations. FOMA service will be available to 99% of the nation’s population by the end of March 2004.

The five-model FOMA 900i series will be released in the first part of next year (to be announced).