According to Matthew Broersma, ZDNet UK — “Japanese electronics giant Hitachi is teaming up with disposable-lighter maker Tokai to produce commercial fuel cells for handheld computers in 2005, the companies said this week.

Several electronics companies are investigating fuel cells as an alternative to existing nickel cadmium batteries and lithium ion batteries, which will inevitably hit a barrier when portable devices become more power-hungry. Fuel cells, just one of the alternative techniques under investigation, could create a long-lasting and cheap power source in a small package.

Hitachi and Tokai said they have created a prototype cartridge about the size of an AA battery that holds 50 cubic centimetres of methanol at a 20 percent concentration, and could power a PDA for six to eight hours. The companies are planning to raise the concentration to 30 percent by the time mass production begins, meaning longer cell life.” 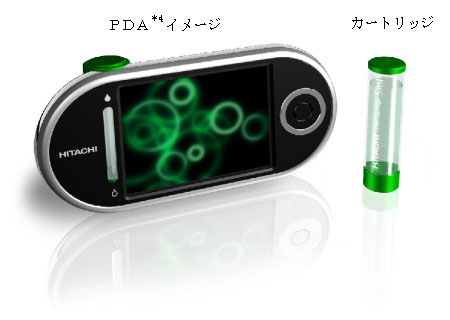