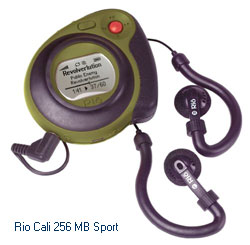 New York, NY — Jupiter Research, a division of Jupitermedia Corporation, today announced that it forecasts that U.S. shipments of MP3 players will almost double in 2003 to over 3.5 million, and will continue to grow almost 50% per year for the next three years. Demand for MP3 players with hard drives will outstrip demand for those with flash memory starting in 2004. By 2006, the installed base of MP3 players will top 26 million, establishing a critical mass of users that will help spur digital music sales.

Based on a new forecast and an October 2003 consumer survey fielded by Jupiter Research, Jupiter Research’s new report, “Portable Music Device Forecast, 2002 – 2008” found that nearly 60% of consumers in the market to buy a music player will be shopping online for the holidays, seeking convenience and the ability to mail gifts directly. “They’re not quite this season’s DVD player, but portable music players, combined with online music stores and services, will be a strong holiday shopping combination,” said David Card, Jupiter Research VP and Research Director. “Judging from the survey responses, online retailers should promote factors such as beating the crowds, convenient shipping and competitive pricing to lure these shoppers. The survey also showed that these shoppers were less worried about credit card security than average, but more concerned about late arrivals and returns,” added Card.

The combination of Apple’s iPod device and its iTunes Store for music downloads has energized the music industry. This holiday season there will likely be half a dozen new stores and services joining existing players like AOL, MusicMatch, Napster and RealNetworks. PC companies like Dell and Gateway have already launched hard-drive-based players, joining familiar names like Philips and Toshiba as well as specialists like Creative Labs and Archos. While Sony is expected to announce its own plans for this space shortly, Microsoft, Hewlett-Packard and Amazon.com will miss this season.