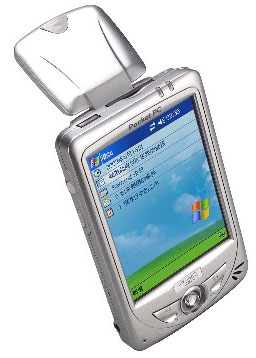 According to DigiTimes.com — “Mitac International today announced the launch of the Mio 168 and claimed that it is the world’s first Pocket PC with a built-in GPS module.

Aimed at car drivers, the Mio 168 includes a map function, providing navigation to places such as gas stations, restaurants and parking lots in Taiwan. With each purchase, the company is also providing a free 32MB MultiMedia Card (MMC) with a US map. Mitac currently does not plan to market the device in the US. “But the map function will be great for Taiwanese business travelers on the road in the US,” said Justine Liu, a PR manager at Mitac.”