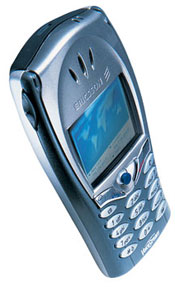 Overland Park, KS –– The Bluetooth Special Interest Group (SIG), the trade association responsible for Bluetooth wireless technology, today announced that the short-range wireless technology has made its way into a record number of consumer products. For the first time ever, total Bluetooth product shipments worldwide exceeded one million units per week, in 3rd quarter 2003, according to Matthew Towers of IMS Research which operates a Bluetooth semiconductor volume tracking service.

This news may come as a surprise to some as the general consumer audience is still largely unaware of the technology, but that is expected to change even as soon as this holiday season. Bluetooth wireless technology has been quietly making progress over the past year and can now be found in an impressive array of consumer products, from mobile phones and headsets to PDAs, PCs, MP3 players and even automobiles.

“Bluetooth has hit a major milestone in its evolution as the technology enters the maturity stage of its lifecycle. A stable specification and installed base that runs into millions of units is proof that it has been a success,” said Michael Wall, industry analyst, Frost & Sullivan. “Even critics would be hard-pressed to name any other wireless communications technology that managed to achieve the volumes and diversity of deployment of Bluetooth in just six years.”

Aside from the very compelling idea to easily connect electronic devices, many attribute this progress to the association’s strategic focus on improving the end-user experience. The foundation of this strategy, the “Five Minute Ready” program, was launched last December as a challenge to the multiple industries developing Bluetooth products to ensure consumers achieve a five-minute or less out-of-the-box experience.

“The commitment of the Bluetooth community to the ongoing development of standards is ensuring that it will continue to be relevant as wireless communications moves into the future,” added Wall.

“The Five Minute Ready program was a challenge that this industry issued to itself. With eyes wide open, a collective commitment was made to take this technology to the next level and deliver its promise to consumers,” said Mike McCamon, executive director of the Bluetooth SIG. “With a fresh and jointly held view on the importance of usability, developers and manufacturers are feeling even more confident about Bluetooth wireless technology – and one million products a week shipping is proof of that.”

It appears that many product manufacturers took the Five Minute Ready challenge to heart. Major announcements from manufacturers launching new consumer products with Bluetooth have hit an all-time high in the past few months:

New market segments continue to open up for Bluetooth wireless technology applications as well. The adoption of the Audio/Visual profile and other important application profiles earlier this year are already showing up in products like wireless stereophonic headsets and are expected to result in exciting new products on the market in coming months that include groundbreaking new applications with Bluetooth wireless technology.

“The hype fantasy is finally meeting the product reality where Bluetooth wireless technology is concerned. Current applications and products are getting better and new, viable applications and solutions are on the horizon,” said David Whitlinger, strategic analyst of the system technologies lab at Intel. “One million products shipping per week is just the beginning.”