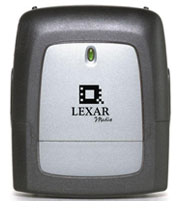 With a USB 1.1 reader, 100MB of image data would take approximately one and half minutes to download, but with a USB 2.0 or FireWire reader, the same amount of data would take under twenty-five seconds.