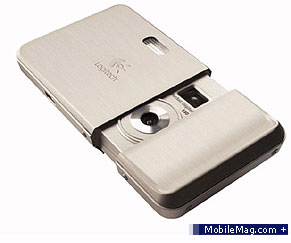 FREMONT, California — Logitech today announced a new ultra-portable digital camera, the Logitech Pocket Digital 130. This camera features a simple, polished design that fits easily in any pocket with its credit card like design, so people will never have to miss a photo opportunity. It includes true 1.3-megapixel resolution and a strobe flash — so pictures taken day or night can easily be shared with family and friends using either a Mac or PC. The camera is available in U.S. retail outlets and online at www.logitech.com for a suggested retail price of $149.95.

“We saw overwhelming interest in the first Pocket Digital camera, and listened to the feedback our customers provided. With the added features built into Pocket Digital 130, we expect this camera to be a hit for the holiday season,” said Spencer Johnson, director of product marketing for Logitech’s Video Business Unit. “People want a camera that they can take with them everywhere — the Pocket Digital 130 lets you capture any moment, because it’s conveniently tucked into a shirt pocket or purse.”

The Logitech Pocket Digital 130 offers true 1.3-megapixel resolution, a strobe flash, and 16 MB of internal memory, which holds more than 40 1.3-megapixel images or more than 130 VGA-quality images. It has a built-in lithium-ion battery that automatically recharges through the USB cable each time the camera connects to the PC during picture download, for less hassle and less clutter during battery recharge. The battery lasts for hundreds of pictures, even when using the flash. Pocket Digital 130 features a protective sliding lens and viewfinder cover. It is compatible with either Windows(R) 98 and higher or Mac(R) OS X and higher.