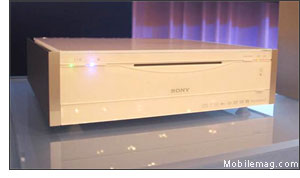 TOKYO (Reuters) – Sony Corp, the world’s biggest consumer electronics maker, said this past Friday it would unveil its all-in-one PSX game device to the public this week.

The PSX, which packs a TV tuner, DVD recorder, hard-disk drive, and the PlayStation 2 game player into a single white box, will be unveiled at the CEATEC Japan 2003 industry show in Makuhari, near Tokyo, on Tuesday, Sony said in a statement.

Sony plans to launch the machine in Japan before the end of this year, and in Europe and the United States early next year, but a spokesman for Sony said on Friday the exact launch timetable and pricing were yet to be decided.

Some analysts have expressed concerns the PSX could eat into demand for other Sony products at a time when the company is suffering from sluggish sales of its Vaio PCs and home electronics goods.