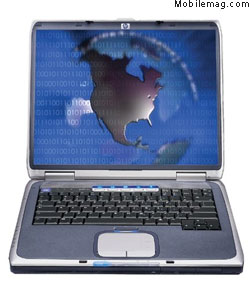 HP retained its leadership in worldwide notebook PC sales for the third consecutive quarter, according to the IDC Worldwide Quarterly PC Tracker released Monday. The company increased its market leadership over rivals and accounted for 17.3 percent of the unit market share in the second calendar quarter of 2003.

“Our profitable growth validates HP’s strategy to design easy-to-use, high- quality, affordable notebooks that feature the latest technology,” said Gruzen. “With unmatched value and innovation, such as our thin, 15.4-inch and 17-inch widescreen notebooks, we continue to win awards from prestigious publications and we earn the trust of more new customers every day than any of our competitors.”

In the regions of Asia Pacific (excluding Japan) and Europe, the Middle East and Africa, HP experienced dramatic growth of 57.1 percent and 63.1 percent year-over-year, respectively. In the United States, HP holds the No. 2 position with 20.3 percent of the market and 35 percent growth year-over-year and has consistently narrowed the gap to No. 1 in each of the last two quarters.