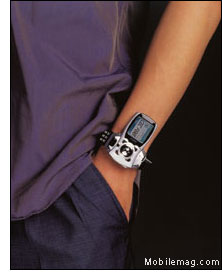 CNet Asia reports: A Chinese company has launched a tiny, pricey wristphone that packs in features found in larger phones, such as a keypad, color screen and camera.

Several Chinese Web sites are currently taking orders for the F88. The retail price of the device on cellular enthusiast Web site 139shop.com is US$1,158.

The F88 measures just 38.3 x 76.7 x 17 cm, excluding wrist band, and comes with voice dialing, four minutes of voice recording, 16 polyphonic ring tones and a world clock. A small keypad has been fitted to the wristband.

There is a small 256-color STN color display on the device, which also has a removable 300,000 pixel camera that can rotate 180 degrees vertically. 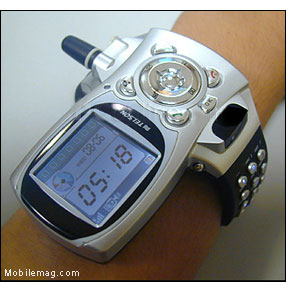