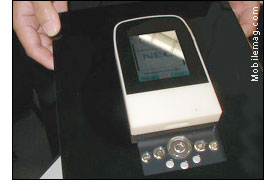 NXT is pleased to announce significant progress in SoundVu technology applications with two major announcements this week, one from technology giant, NEC, and one from NEC’s subsidiary, Authentic, the developer of the world’s first SoundVu LCD monitor.

NEC has developed a SoundVu enabled laptop with a screen that doubles as a loudspeaker, while Authentic announced the successful application of SoundVu technology to ultra-thin, small applications that have LCD screens, such as mobile telephones, mobile game equipment and PDAs.

The latest product offering for the mobile computer market was featured during NEC’s press conference to announce the launch of its new business, NEC Personal Products. A complete PC operation from development and manufacturing to sales and support, NEC Personal Products has been formed by merging the PC development and manufacturing company NEC CustomTechnica and NEC CustomMax, which focused on sales and marketing.  The new laptop is one of a number of key products being developed by the company.

According to NEC, which already incorporates SoundVu technology into more than 20 models in its Valuestar range of PC products, the new laptop product will be in the market within one to two years.

The second demonstration of the week came from NXT licensee Authentic, which featured two SoundVu technology enabled demonstrators, developed for undisclosed customers; a PDA sized product and a mobile phone sized product both of which use a piezo-electric Distributed Mode Actuator to turn their screens into speakers. 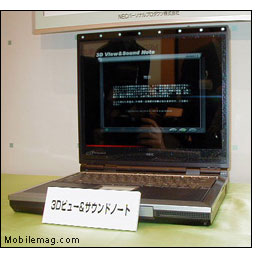 Because of its larger radiating area and unique mode of operation, a SoundVu panel outperforms a conventional mobile phone receiver in three key respects. It provides superior sound quality, particularly in wideband hands-free mode; it ensures broad radiation of all audio frequencies (no treble beaming); and it eliminates the need for precise coupling to the ear in receiver mode. Because a conventional speaker module is no longer required, SoundVu technology also opens up exciting new product design possibilities.

The break-through is particularly good news for mobile phone users who need to see the screen of their mobile while listening to it.  As 3G applications, such as video telephony become more widespread and higher quality streaming music and video is being distributed, mobile telephone speakers need to be able to emit high-quality sound production.

“The progress being made with SoundVu technology by our licensees is very pleasing.  NXT attended both launches this week, and we’re pleased to say the reactions to the demonstrators has been very positive,” NXT’s CEO, David Pearson said.