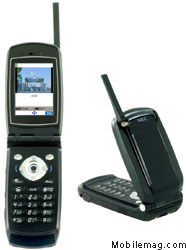 NEC Corporation announced today that it has developed the working prototype of mobile phone which is equipped with the receiver of terrestrial digital TV broadcasting.

In Japan, terrestrial digital TV broadcasting service will commence from December 2003 in major metropolitan areas of Tokyo, Nagoya and Osaka districts. After few years, it is scheduled to offer the programmes specifically targeted for portable terminals including mobile phones as part of the terrestrial digital TV programmes. With the availability of the service, mobile phone can receive not only the digital TV programmes, but also further attractive programmes with effective combinations of TV broadcasting and mobile communications, integrating services such as image, voice/sounds, data and mobile internet applications / services and content.

The prototype has been realized by employing portable antenna for digital TV broadcasting, UHF tuner, OFDM (Orthogonal Frequency Division Multiplexing) decoding LSI developed by NEC on 3rd generation (3G) W-CDMA mobile phone. The OFDM decoding LSI “PD 61530” has been developed by NEC Electronics Inc. in November 2002, which is the first in the industry. With this LSI, low-power consumption and ultra-small package has been realized.

NEC will demonstrate the prototype at “Telecom 2003” held from Oct 4th 2003 at Geneva, Switzerland. 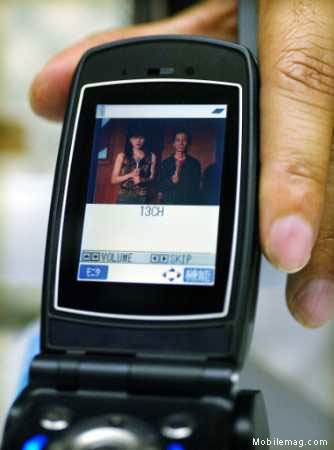