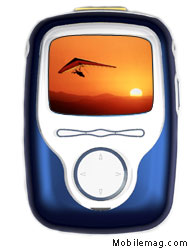 HandHeld Entertainment today announced it has entered into a two-year, strategic and exclusive manufacturing agreement with Eastern Asia Technology Limited (EASTECH), the leading global designer and cost-efficient manufacturer of audio, video and information/Internet appliances for the home consumer electronics industry.

In addition, EASTECH made an investment in HandHeld Entertainment’s Series B round of funding.

“EASTECH is the leading OEM (original equipment manufacturer) and ODM (original design manufacturer) in the world in consumer electronics,” said Nathan Schulhof, president and chief executive officer of HandHeld Entertainment. “We are very pleased to have the endorsement and support of EASTECH and believe that our partnership with EASTECH will help launch our product into the marketplace with the strength and effectiveness we need to make it a success.”

The new PVP, which will be released by HandHeld Entertainment in time for Christmas 2003, will be the first PVP of its kind priced under $100. Roughly the size of a personal digital assistant (PDA), the PVP includes a full-color screen, uses external media and is targeted to eight- to 25-year-olds.

“We are very impressed with the great device designed by the HandHeld Entertainment team,” said Tim Liou, chairman and chief executive officer of EASTECH. “We believe it will be a real winner and that it has the potential to dominate the consumer electronics marketplace for personal video players.”

EASTECH joins two other corporations and noted individuals as investors in HandHeld Entertainment.